Can found footage filmmaking inform an archaeology of pornography that would account for the institutional, material, technological and social dimensions that are part of the very archive of pornography? This question is in fact part of a more general thinking of found footage filmmaking as a way to discuss and better understand the history of film heritage and technology, inside and outside of archives proper. By asking simple questions like, “How is found footage actually found and appropriated?”, the idea is to convey what found footage films tell us about archival access, film technology and materiality. Can found footage films give us a sense of what was and is today considered worthy of preserving or, on the contrary, considered disposable at a given historical time? Can these filmmakers shed new light on the archive, simply by displacing or misplacing films that are often dismissed because they were useful (educational, industrial, training films, pornography, advertisements) and have become useless (that is, useless for some but insightful, beautiful, disturbingly poetic for others)? I think these questions can offer a contribution to contemporary debates in the field of moving image archives, at the cross-point between history, technology and film aesthetics. And I would argue that this is particularly true of the exquisite corpus this dossier on pornography and found footage films wishes to highlight.

Revisiting the Degraded/Degrading Image:Subversive Decay, Parallel Legacies, and Re-Eroticization of the Pornographic Archive in The Color of Love by Peggy Ahwesh by Alice Michaud-Lapointe
To Strip and to Tease: Archives and Concealment in Found Footage Pornography by Annaëlle Winand and Éric Falardeau
Hidden in Plain Sight: Castle compilations and nudie films as lost intertexts for Bruce Conner’s A Movie and Marilyn Times Five by Louis Pelletier

Essays:
Indictment and Possibility in Ken Jacobs’ Star Spangled to Death by Zachariah Anderson
Aesthetic Violence in the Anarchival Turn: On the Infinite Visions of History by Kamila Kuc
There’s a Crack in the World of Appearances: Thom Andersen’s Slow Writing by Matthew Levine

Articles & Interviews:
Interview with Carlos Adriano by Scott MacDonald
Found Footage: A (Little) Polemic by Peter Gidal
Constellations are just Small White Dots in the Dark: A Conversation with Johann Lurf about his Work ★ by Alejandro Bachmann
The Green Fog and the Maddin Mist by Jonathan Rosenbaum
The Logistics of Sensation, An Interview with Péter Lichter and Bori Máté by Dan Browne 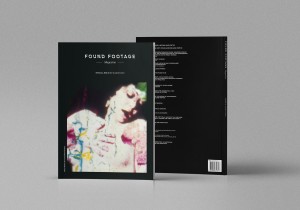 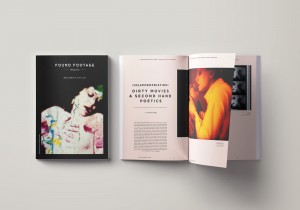